People never cease to amaze, and their unusual, stunning, and sometimes absurd achievements are included in the Guinness Book of Records. About the most interesting and unusual — in the next selection.

New editions of the Guinness Book of Records with modern records are regularly released, and I would like to say that among them there are both unusual things that are hard to believe in, and extraordinary, and sometimes strange, achievements. We have selected several interesting positions.

1. A beard is not only a male decoration 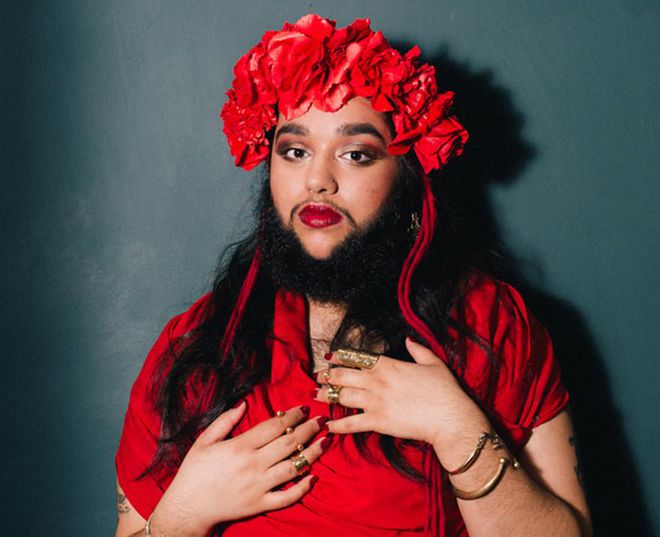 The youngest girl with a beard, 24-year-old Harnaam Kaur, is listed in the book of records. Her problem arose due to a hormonal disorder, but the girl did not become complex and even removed for magazines. The length of her beard is 15 cm.

2. Where does he buy his shoes? 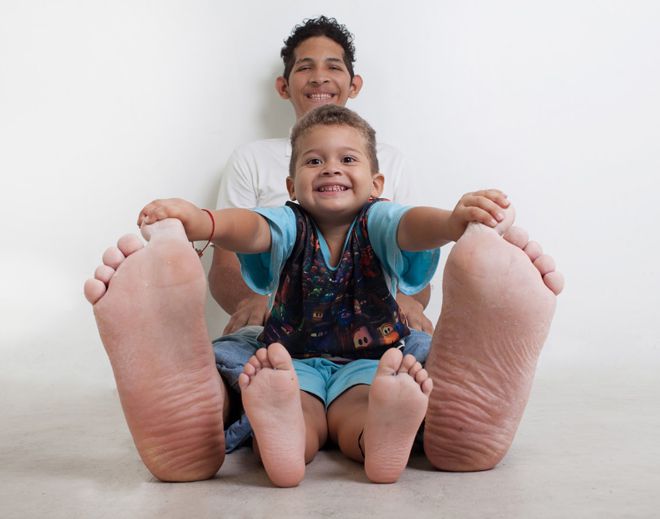 Just imagine Jason Orlando Rodriguez from Venezuela in his 20s is the owner of the largest feet in the world: right — 40.1 cm, and left — 39.6 cm. 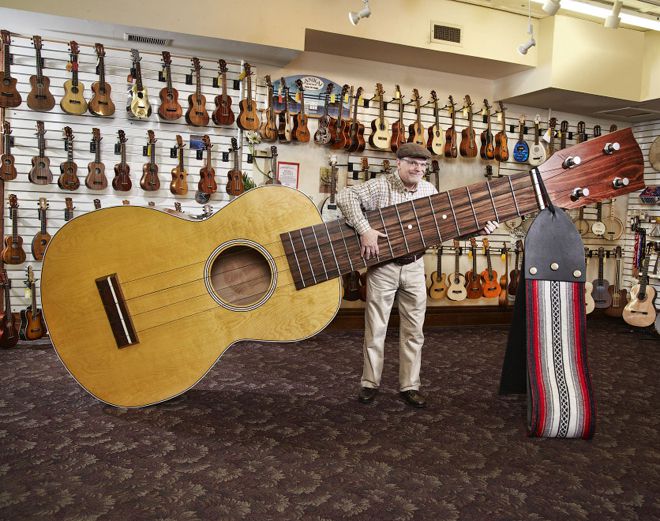 It is difficult to imagine how tall a person must be so that he can normally play the largest ukulele — a Hawaiian four-string musical instrument. Its dimensions are 3.99 m. 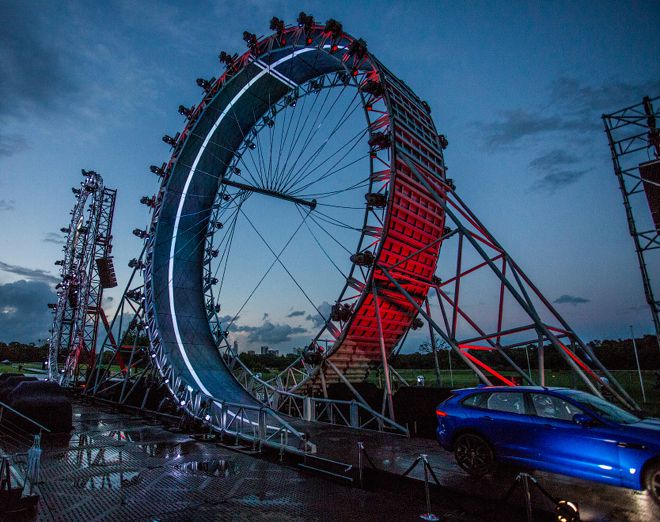 A unique record was set by professional driver and stuntman Terry Grant, who overcame the largest «dead loop» by car. Its height is 19.08 m, and the overload is 6.5 times the earth’s gravity. By the way, this is even more than people in the space shuttle experience.

5. How much does a manicure cost? 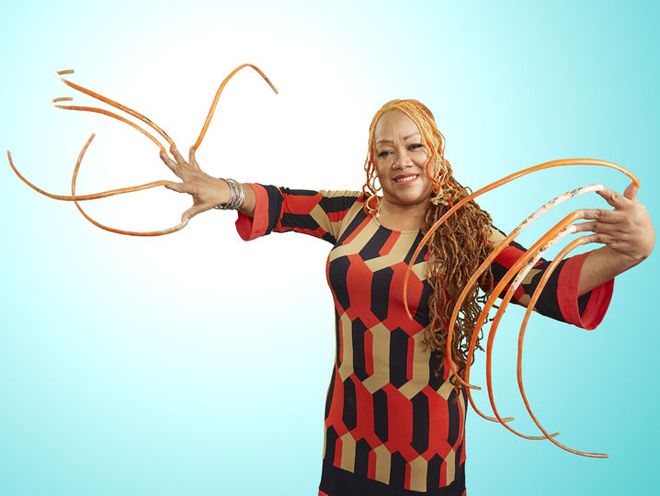 Now neat nails are in fashion, but Ayanna Williams goes her own way, and she is the owner of the longest nails in the world, they reach 5 m 76.4 cm. 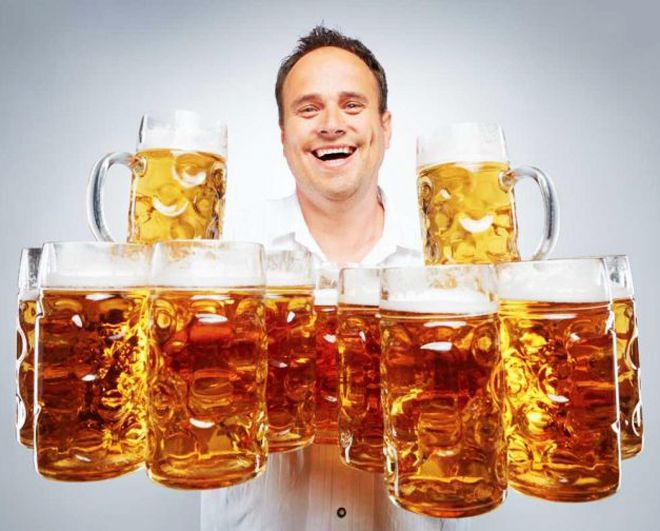 In different beer establishments, you can see how the waiters simultaneously carry several mugs of beer. The record in this case was set by Oliver Strumpfel, who carried 27 full beer mugs over a distance of 40 m.

7. Fences are not a barrier to her 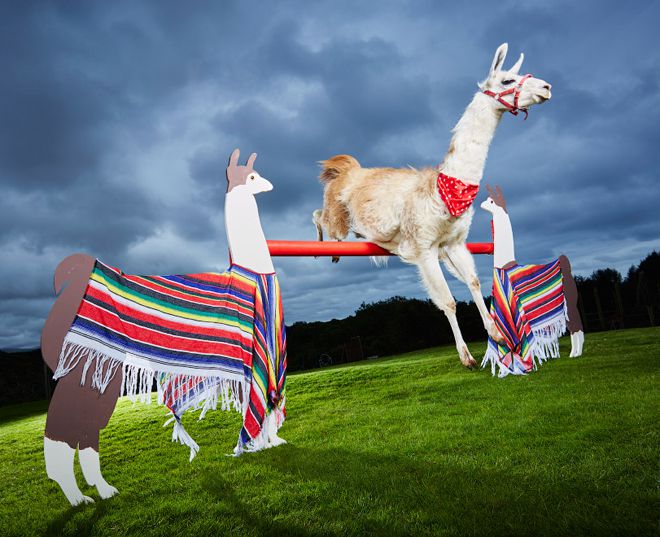 The book of records says about the most jumping llama, so she was able to jump over the bar set at a height of 1 m 13 cm.

Dogs are known for their ability to learn different commands, and the leader among these animals is the dog, which can demonstrate 32 different elements in a minute. 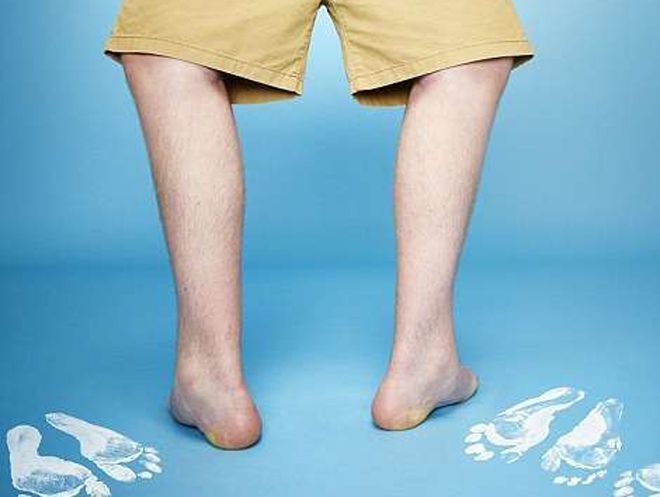 Maxwell Day is listed in the world record book for being able to turn his legs 157°. A fourteen-year-old guy claims that he has been able to do this since childhood, and this feature does not cause any discomfort. 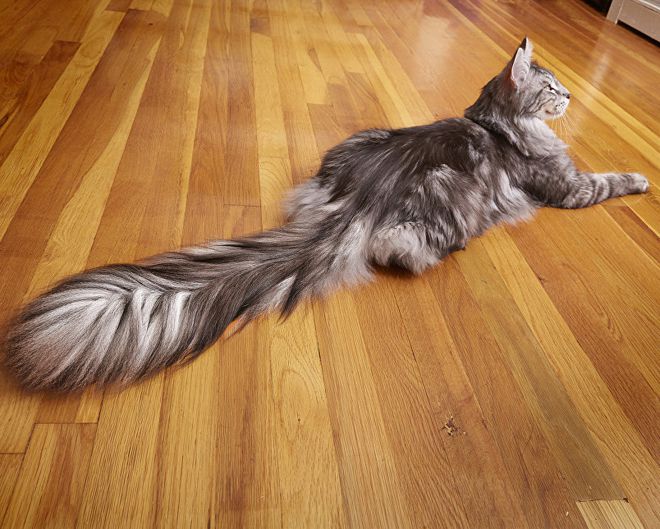 There are also records set by animals in the Guinness Book of Records. The cat Signus is also included in it as the owner of the largest tail, the length of which is 44.66 cm. 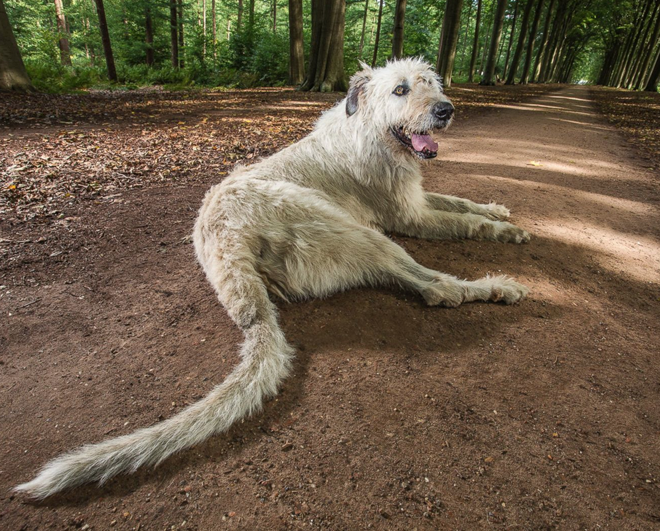 The dog also boasts an incredible length, or rather the Irish wolfhound Keon, whose tail length is 76.7 cm. He lives in a family in Belgium.

12. Record on the verge of reasonable 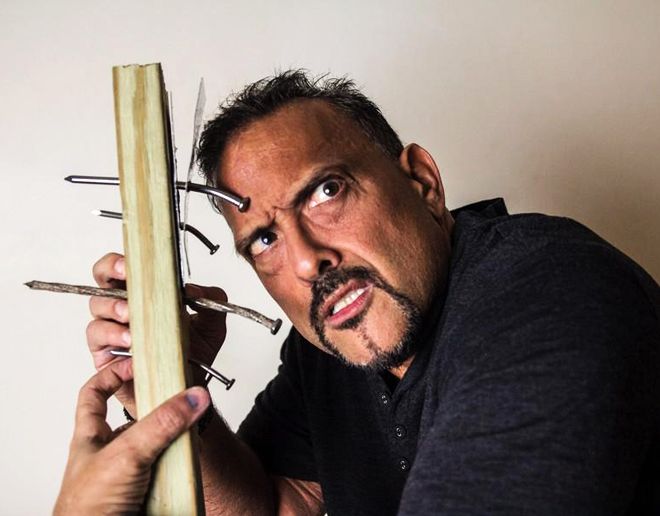 American wrestler John Ferraro, nicknamed the Hammer, was able to score 38 nails with his forehead in two minutes. The man claims that his frontal bone is three times thicker than that of an ordinary person, and he discovered this as a child.

13. An unusual kind of running 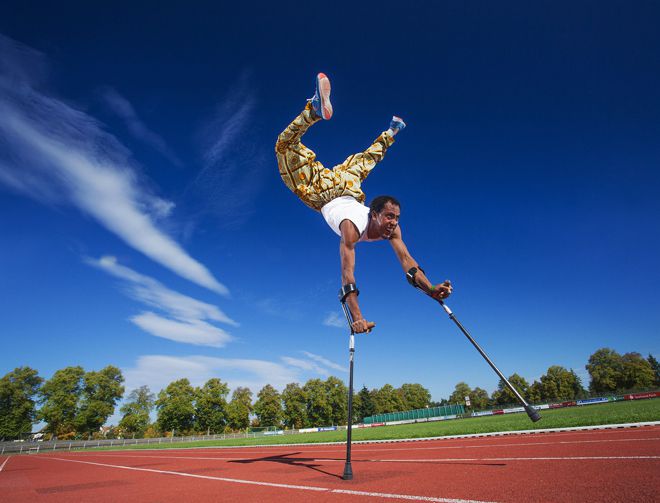 Do you think you can only run on your feet, or, in extreme cases, on your hands? Tameru Zegeye set an unusual record by running 100m in 57 seconds on crutches. With this you can perform in the circus.

14. How much food would fit in there? 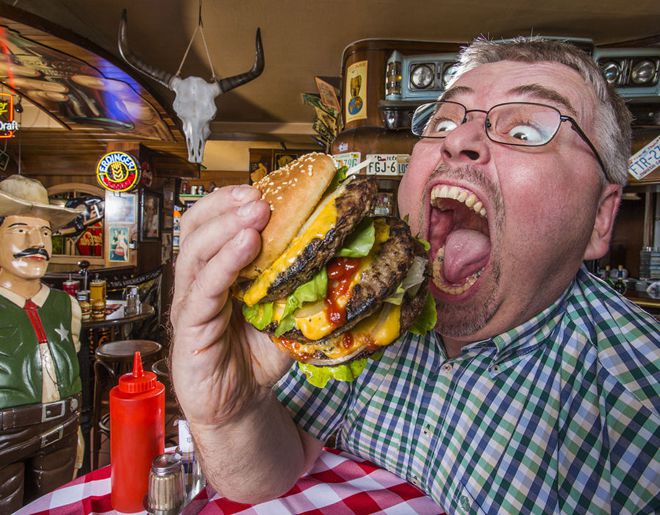 In Germany, there is a man named Bernd Schmidt, who can open his mouth to a width of 8.8 cm. To achieve such results, he had to place rods between the incisors located below and above. 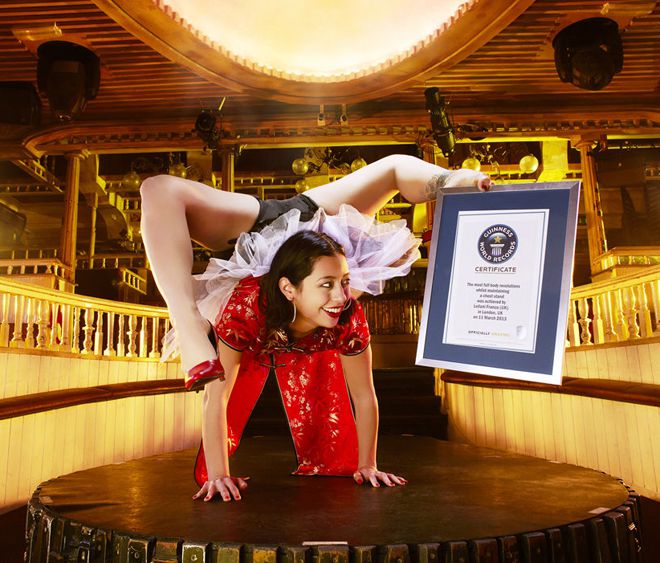 Leilani Franco boasts the flexibility of the body, which helped her set several records listed in the Guinness Book of Records. For example, she was able to make 29 revolutions around her own head in one minute. 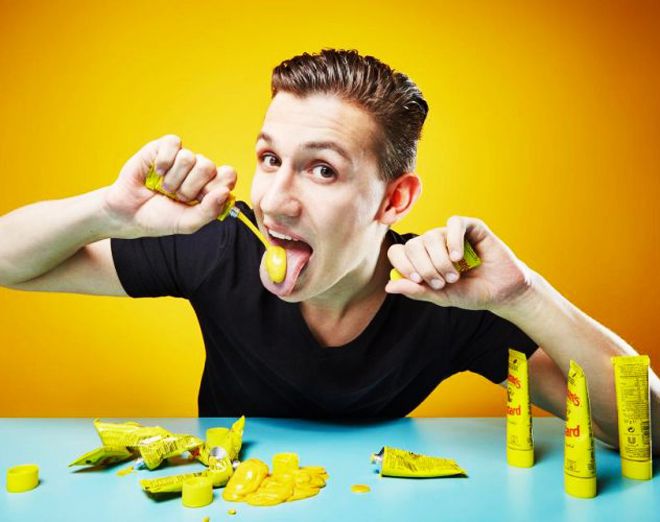 A guy named André Ortolf is apparently bored, as he loves different experiments with food. He set two records: in half a minute he ate 416 g of mustard without bread and other additives, and in a minute — 716 g of jelly, and he did it blindfolded and without hands. He has records unrelated to food, for example, in a minute he was able to catch 32 tennis balls.

17. The real queen of limbo 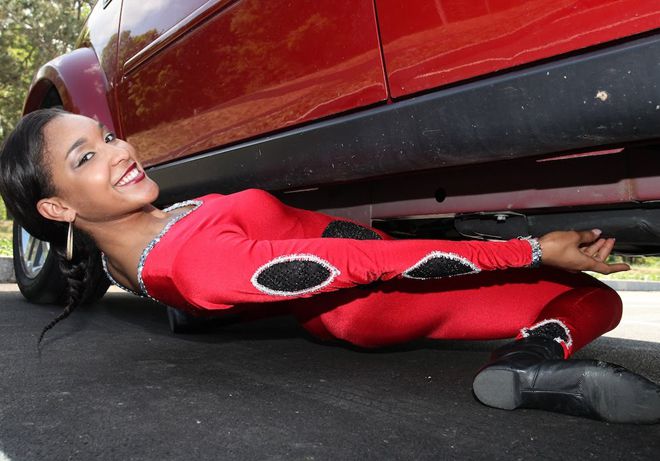 This record combines agility and flexibility. Renowned limbo dancer Shemika Charles was able to “walk” under the bottom of a car while holding a tray. 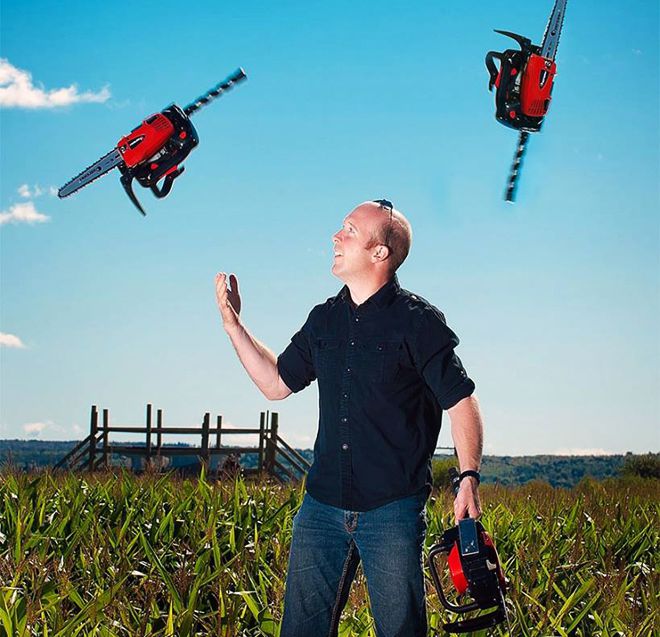 Proud of being able to juggle oranges? And imagine that Canadian Ian Stewart does it with three chainsaws. He was able to throw them 94 times. 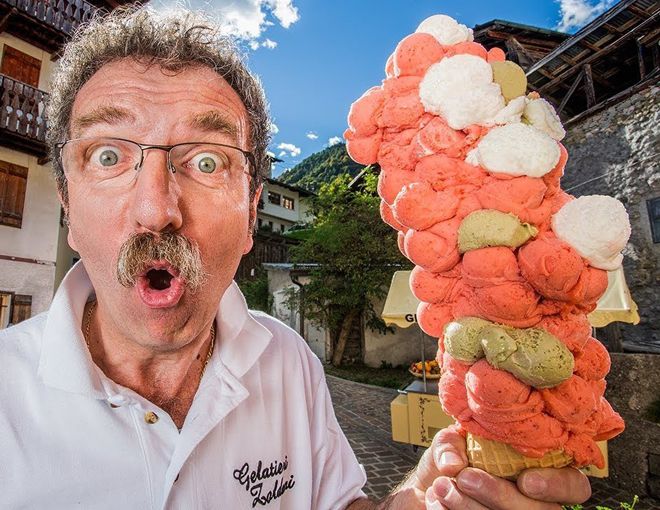 Who doesn’t dream of eating a 121 scoop ice cream cone? It was this record that was set by the Italian Dmitry Panchiera, who, by the way, broke his previous record of 109 balls. 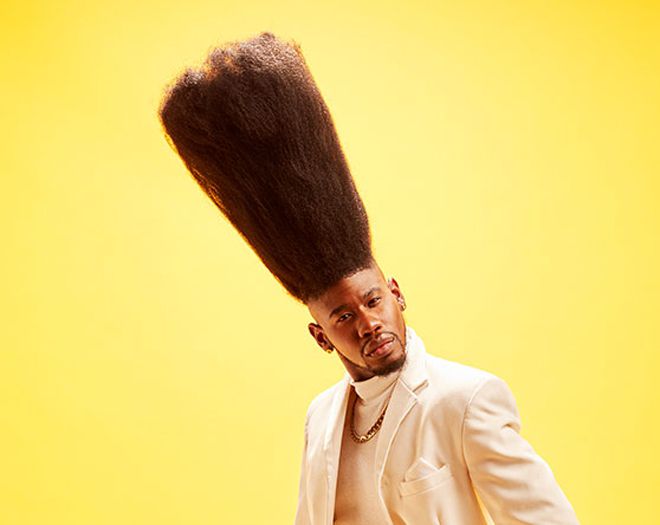 With flowing hair, Benny Harlem looks like a lion, but most of all he loves straightened hairstyles. The guy is the owner of the highest hairstyle, and it is 52 cm.

21. The record is not for the faint of heart 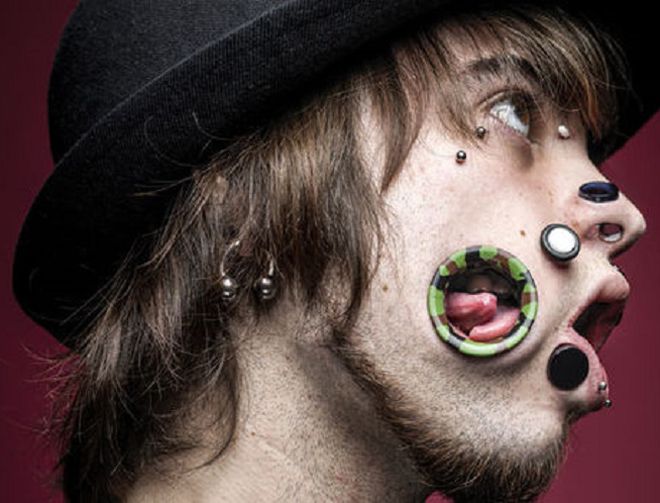 From this «achievement» goosebumps and bewilderment. German resident Joel Miggler is the man with the most tunnels on his face. At the time of registration of the record, he had 11 punctures. 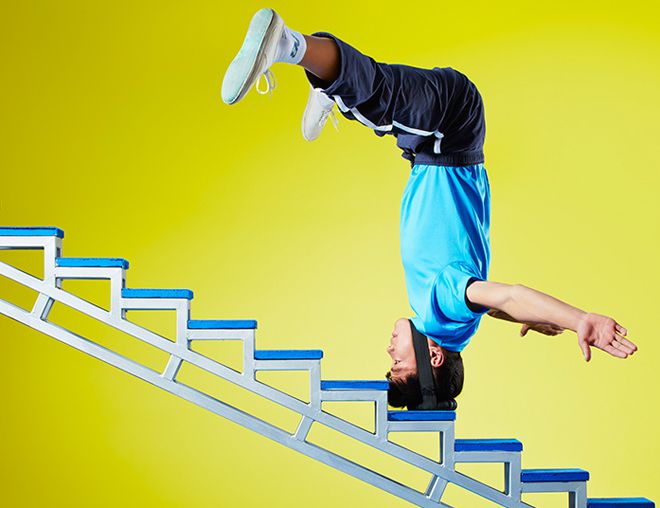 A strange and incomprehensible record was set by Li Longlong. He overcame a large number of steps, but not with his feet, but on his head. Their number is 36. 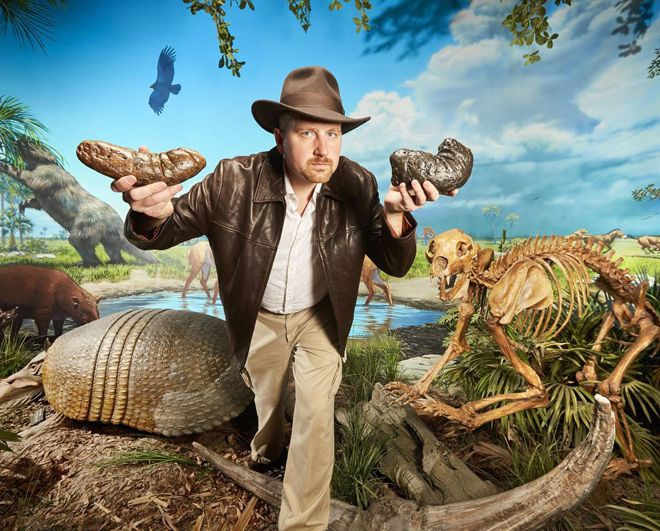 Apparently, the American George Frensen decided that collecting stamps is very boring, so he has 1277 fossilized feces at his house. I wonder what the family of this collector thinks about this. 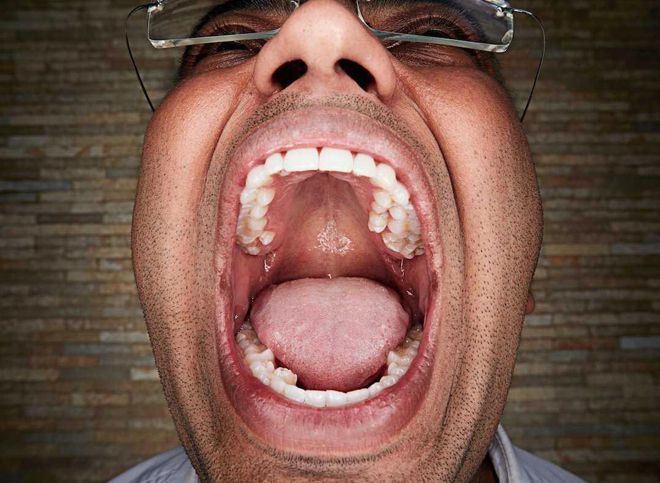 Vijay Kumar, a resident of India, has to go to the dentist more often than others, since he is the owner of 37 teeth, and this record is listed in the Guinness Book. 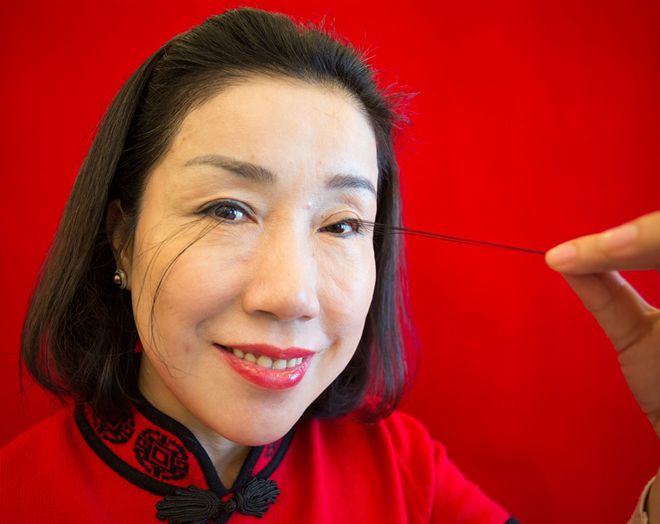 It’s hard to believe, but Yu Yanksia has the longest eyelashes in the world, and their length is 12.3 cm.

26. This is not a stall, but a whole house on wheels 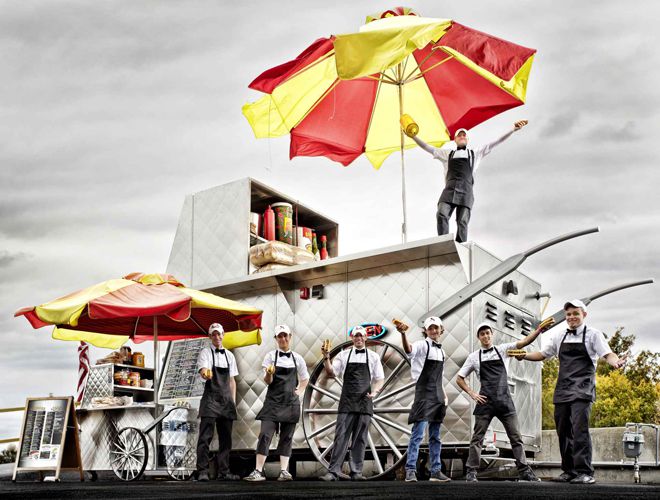 Such records are always accompanied by the question: “Why?”. American Marcus Daly created the largest hot dog cart with the following dimensions: height — 3.72 m, length — 7.06 m, width — 2.81 m. It can serve up to 300 people a day. Inside such a trolley there are all the conveniences. 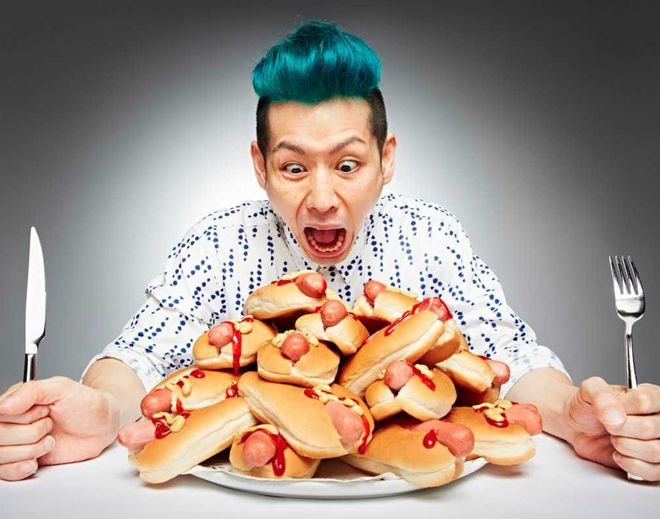 There is an entry in the Guinness book not only about a large hot dog cart, but also about a guy who can quickly eat such fast food. Takeru Kobayashi was able to master six hot dogs in three minutes. He also competed in hamburger eating competitions. In a minute he «utilized» 12 pieces 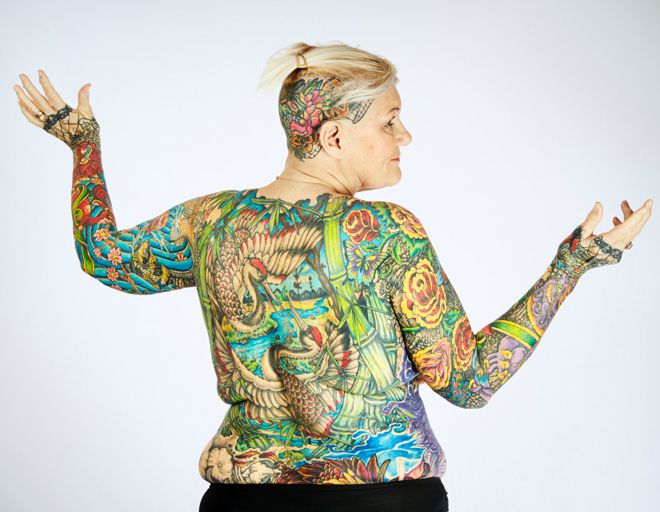 Age is not a reason to lead a boring and uninteresting life. Charlotte Guttenberg, who lives in America, proves this, as she has more than 91% of her body covered with tattoos. 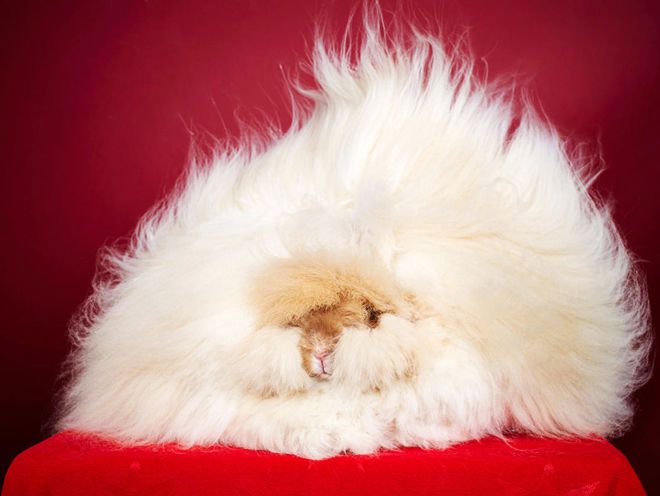 Listed in the Guinness Book and the rabbit with the longest hair — the English Angora rabbit Francesca has a huge head of hair 36.5 cm long. It’s just — mi-mi-mi. 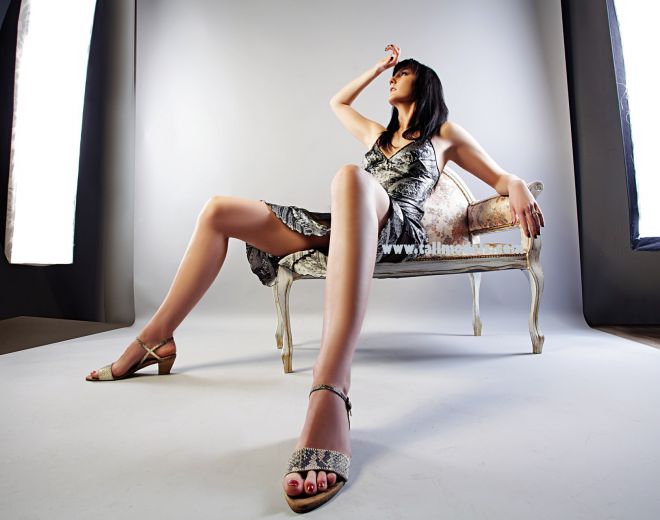 Russian woman Ekaterina Lisina is the owner of the longest legs in the world, and their length is 133 cm.