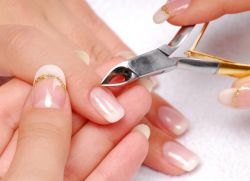 Burrs, despite the fact that this is just a raised skin at the base of the nail, can ruin the mood of many — both women and men. They cause pain when clinging to something, and also create a sloppy look of the hands.

Sometimes a hangnail occurs randomly, in which case it causes minimal harm. But when burrs appear constantly on several fingers at the same time, this gives reason to think about how to prevent their occurrence and what could be the reason.

Causes of burrs on the fingers

The reasons for the appearance of burrs can be different, and often they coincide. Therefore, in order to get rid of them, it is necessary to eliminate all possible factors that lead to their appearance.

Why burrs appear, first of all, your health will answer — if there are not enough vitamins in the body — in particular, A, E and group B, then this can lead to loss of skin elasticity, its keratinization at the base of the nails, and, consequently, to exfoliation in the form of a burr.

To find out why hangnails appear on the fingers, pay attention to how often you take thermal procedures that steam the skin in water (for example, a bath), as well as how often you get manicures and use hand cream.

If a hangnail occurs, it means that the skin around the nail is very dry and has not been updated for a long time — keratinized cells accumulated near the nail and formed a layer that exfoliated. To prevent this from happening again, use a hand scrub after steaming baths, and also use a daily moisturizer for hands.

The answer to the question why burrs appear after a manicure is contained in the question itself — because the manicure is carried out incorrectly. With trimmed manicure, the occurrence of burrs is a frequent “side effect”. This could be due to several factors: 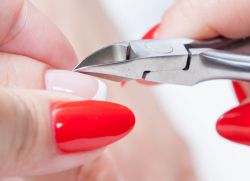