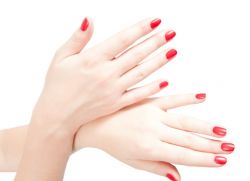 cleanly dressed. Pregnancy is not a reason why a woman can deviate from these rules. Many, for example, stop dyeing their hair during pregnancy, despite their ugly gray hair, stop cutting their hair, guided by the sign that the child will have bad hair, and the fact that the pregnant woman began to look bad and her previously chic hair or well-groomed haircut began to look frightening She is of little concern. Modern experts offer a lot of sparing cosmetics and scalp care products, paints and tonics, the use of which does not affect the health of the expectant mother. Does the same apply to nails?

Well-groomed, that is, neatly trimmed, filed nails of medium size and with the help of a special tool processed or cut cuticle — the perfect manicure. Of course, out of habit, you want to paint your nails during pregnancy with varnish and emphasize their beauty. But many women refuse nail polish during pregnancy, limiting their care to only manicures and pedicures. There is nothing wrong with this, but still, let’s find out whether it is possible for pregnant women to paint their nails.

Is it safe for pregnant women to paint their nails?

It is not forbidden to paint nails during pregnancy, the main thing is to pay attention to manufacturers and composition. Nowadays, a huge number of varnishes, fixers, bases, nail care products are produced that do not contain harmful substances. Therefore, nails during pregnancy should be painted only with those products, the composition of which you have studied and decided that these manufacturers do not want to harm you.

Many varnishes contain substances that can harm not only you, but also the unborn baby, they can have a toxic effect on the fetus, cause allergies, intoxication.

Here is a list of substances that should not be indicated in the composition of the varnish:

It often happens that when pregnancy occurs, a woman does not have time to cure the fungus on her nails or acquires it during pregnancy. It should be remembered that pregnancy and nail fungus are not compatible concepts, 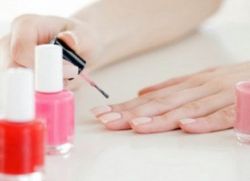 so it needs to be treated urgently.

So, we can conclude that it is possible for pregnant women to paint their nails, only using sparing care products, before applying varnish, it is advisable to treat the nails with a cream to strengthen the nails or varnish to restore the nail plate.