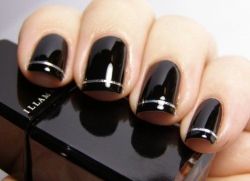 The main theme of the upcoming spring season is naturalness. In fashionable manicure in 2013, naturalness implies the presence of pastel colors and short natural nails, no more than 3-4 mm long. This season, the experts decided not to radically change anything, but rather to strengthen the trend that the fair sex has already fallen in love with, which was actually relevant last season.

If we talk about the shape of nails in 2013, then in the coming season, rectangular options will be replaced by more rounded oval ones. Also fashionable will be the almond shape, which is a cross between oval nails and stilettos. By the way, “stilettos”, which have been incredibly popular and in demand for several seasons in a row, will fade into the background, for the simple reason that they look far from natural and cause indispensable discomfort to their mistresses.

Also in 2013, a manicure with short nails will be extremely popular — natural, beautiful and comfortable. By the way, according to statistics, most men prefer to see their companions with manicures with short nails rather than long cat claws, perhaps because of their inherent male practicality. This, of course, can be doubted, but, nevertheless, the fact remains.

The stylists unanimously recognized pistachio and skin-colored varnishes as the fashionable color of lacquer in 2013. Although it is possible that at the peak of popularity in manicure in 2013 there may be other, more saturated shades: for example, plum, purple, brown and black. Gray will become less popular, although it will not go out of fashion. But metallic shades of nail polish — gold or cold silver — in 2013, on the contrary, will be very relevant.

One of the main trends of the new season will remain a retro manicure, complementing the fashionable vintage trend in clothing. Nostalgia for the traditions of the 30s, the so-called «Golden Era», led to this style of fashionable manicure specialists. At that time, matte varnishes of noble shades, such as eggplant, black, dark red and plum, were popular.

In the trend in 2013 will also be rock and roll style, the fashionable color of which is, however, not black or blue, as is commonly believed, but a more provocative and bright nail polish. You can complete the idea of ​​​​such a manicure with the help of an interesting game with contrasts of a wide variety of tones. Having learned about this trend, many brands began to develop special, smoothly transitioning shades of nail polish.

Another interpretation of the rock and roll manicure is a geometric print, the strict shapes of which look very elegant on the nails. In its implementation, you can use the most daring combinations of fashionable lacquer colors.
Lunar manicure in 2013 will still remain fashionable and popular. This beautiful nail design became relevant back in 2012 and is not going to give up its positions.

Also, do not forget about French manicurewhich has long been a classic, and it seems that it will never go out of style.

The novelties of manicure 2013 will be simple, uncomplicated decorations: curls, polka dots, rhinestones or miniature images. Drawings of flowers in manicure will also be extremely popular, which will especially appeal to young and romantic fashionistas. The ideal background for such drawings will be just a French manicure.

However, you should not give up personal preferences in favor of fashion either, feel free to experiment with the selection of colors, textures and plots — create your own bright and unique style.