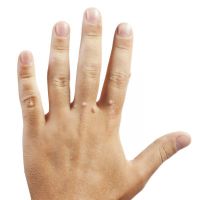 The first association that arises at the mention of warts is frogs, more precisely, toads. The story that after contact with this amphibian, unpleasant neoplasms appear on the hands, you should probably know. Of course, different types of warts can appear on the body of someone who has not seen frogs in their eyes. Neoplasms come in different sizes and pop up wherever they want.

Where do warts come from?

These benign neoplasms appear as a result of a sharp growth of the upper and underlying papillary layers of the skin. The main cause of warts is the human papillomavirus. Depending on the type of warts, they can grow from a couple of millimeters to several centimeters. Sometimes the tubercles coalesce with each other, forming large-scale tumors. Initially, warts do not differ in color from the skin. They can darken in the process of growth, and then because of the particles of dirt adhering to them.

You can get HPV in the following ways:

Types of warts on the body and face

It is customary to distinguish several main types of growths: