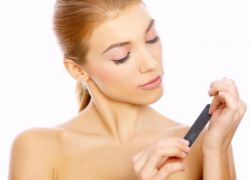 Women diligently monitor the condition of their fingernails and regularly do manicures. But even careful and proper care does not save from the appearance of leukochinia. This pathology looks like white spots on the fingernails — the cause of such defects is not always cosmetic. Often leukochinia is provoked by infectious and somatic diseases, so this symptom should not be ignored.

Causes of white stripes on the nails

A pathological change in the nail plate, accompanied by the appearance of longitudinal or transverse white stripes, may occur against the background of improper care:

In addition, the type of leukochinia in question sometimes indicates more serious problems:

It is important not to try to diagnose yourself, especially if the stripes are observed not on one, but on several or even all nails. It is better to visit a dermatologist, who, after carrying out the necessary tests (scraping for fungal growth, spectral examination for trace elements), will prescribe treatment or refer you to other specialists.

Why do white spots appear on the nails of the hands?

Leukochinia in the form of small dotted or large spots indicates a violation of the process of keratization (keratinization) of the nail plate. They acquire white color due to the formation of air layers in the tissue of the nail.

The main causes of white spots on the nails of the hands:

If the pathology arose against the background of external factors, it will disappear on its own within 1-2 weeks. Otherwise, you should look for other reasons why white spots form on the nails of the hands: 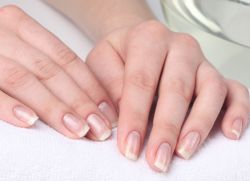