Working with people is not easy, and sometimes even harmful to the nervous system. Employees of hairdressing and nail salons know this firsthand. Among their clients, there are often such original personalities that meeting with them is a nightmare for the unfortunate craftsmen for a long time.

Manicurist is a profession in great demand these days. However, as with any job, it has pitfalls. Their name is strange, and sometimes frankly inadequate clients. Today we will tell you some real stories from the life of beauty salon employees, which they kindly shared with our editors.

1. I carry everything with me

“I have been working as a manicurist at home for several years now. I treat my profession very responsibly, I have enough clients. I am often recommended to friends and relatives, so often new people call me asking me to sign up for the procedure. This case was no exception. The girl was very interested in my education and qualifications, prices and what equipment and materials I use in my work. I was even delighted — you can immediately see that the person is “in the know”, he knows what he wants. At that moment, when everything seemed to be agreed, the young lady announced that she planned to come with her varnishes. “Then I don’t have to pay for coverage, do I?” Curtain.» 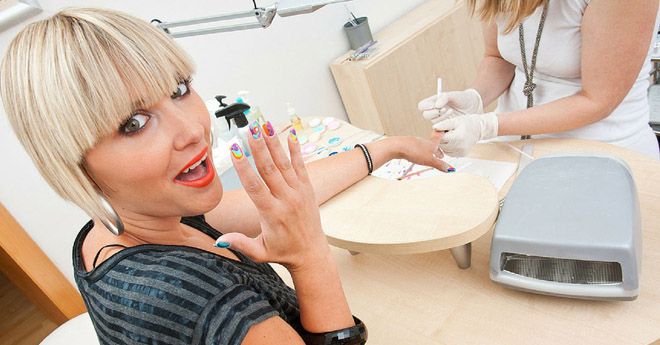 “Women are incredibly enraged who, immediately after the procedure, sing praises to the master, post dozens of photos of a fresh manicure on social networks with thank you signatures, praise at every corner and swear to recommend it to everyone they know. However, God forbid, in a week she will notice a broken corner on the nail! Expect a universal scandal and accusations of unprofessionalism from the series: “You did everything wrong! The nails were not treated properly, and they need to dry for 2 minutes longer! I know because I saw it on the Internet! Give me my money back right now or redo it, you hack!» 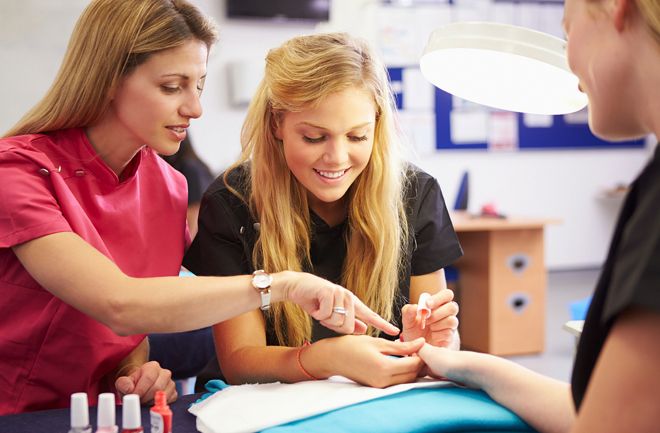 3. Hands of a marble statue

“It’s very hard to work with clients who don’t know how to relax at all. They pinch the muscles of the hands so much that it seems that you are doing a manicure on a marble statue. Neither massage nor a warm bath helps. The joints are like stone, the finger cannot be straightened, the hand cannot be deployed. Of course, I understand that girls do not do it on purpose, but, to be honest, after one such procedure, I literally fall down. The feeling that I accepted not one person, but at least five. It’s very tiring.» 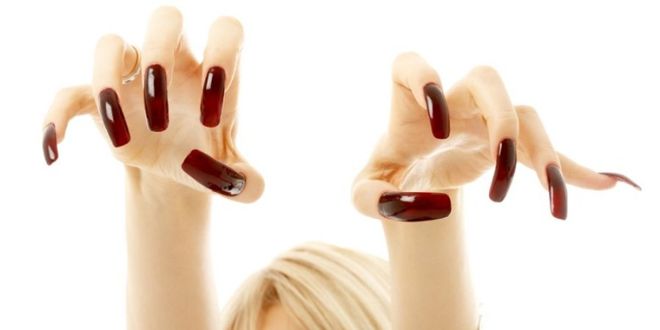 4. Everything that lies badly

“Among my clients there are women who are very wealthy. They come in expensive cars, in mink coats and hung with such jewels that I can’t earn even in a year. However, it is this category of ladies who more often than others trades in petty theft. It would seem, well, why do you need a used nail file or a started bottle of varnish? Can’t you afford to buy a new one? There it is, we have it for sale! No, they are more interested in getting it for free. Terribly embarrassing. And it’s not even about losses, but about such a boorish attitude towards you and your work. 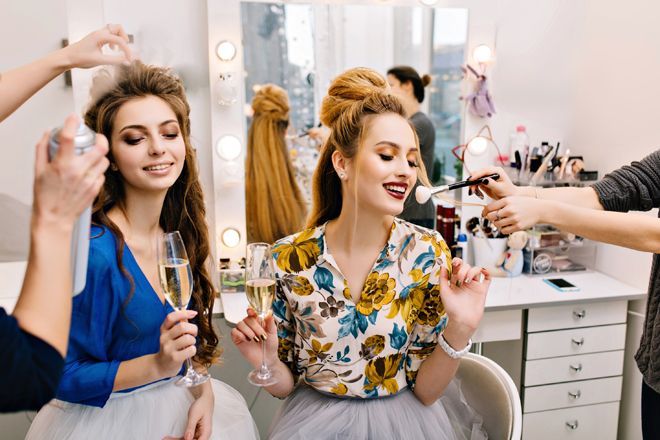 5. Not everyone can be professors!

“My most disliked type of client is teaching. Such a lady sits opposite you in an armchair, chats with you about life, and when she finds out how old I am (slightly over 40), she begins to teach life with a sour mine. Like, a manicure master is not a profession, and it’s a shame to cut nails at such a respectable age. You must definitely have ten higher educations, sit in the office and sort through the papers. When I say that I love my job, he grimaces contemptuously: “You are calming yourself like that, right?” I just want to hit my forehead with a drying lamp. So as not to be smart.» 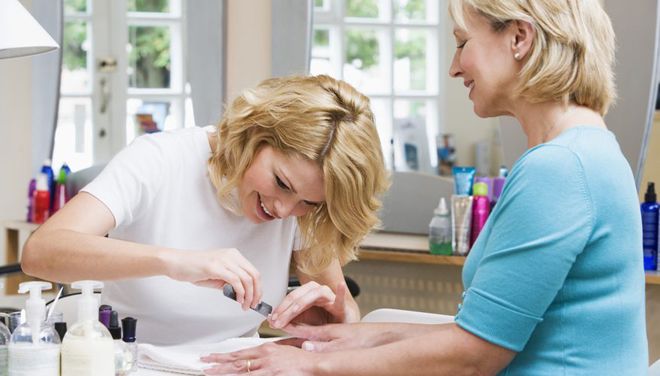 “I work from home, and for a long time. There were many funny cases, but one was especially memorable. I had a regular client — a business woman and, at first glance, quite adequate. One day she called and asked to reschedule the appointment for another day, as she did not have time to arrive at the appointed time. My record is tight, so the time that the lady indicated was taken. Not wanting to lose the client, I offered an alternative. A second later, an angry tirade poured out of the telephone receiver about how I dared to refuse my employer. Like, I have to adjust the schedule depending on her schedule. I told her that from this day on, I ask you to consider me dismissed of my own free will. 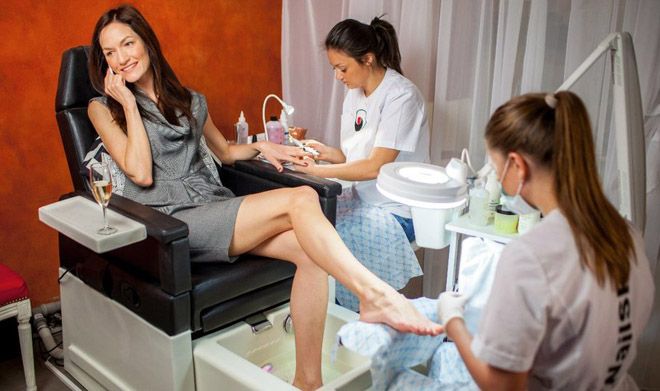 “There was a funny case in my practice. At that time, I rented an office where I received clients. In the midst of the next procedure, a young man came in, greeted me and with the words: “Since you haven’t finished yet, I’ll wait on the couch,” sat down modestly in a corner. For some reason, I was sure that this was the husband of my client, so after half an hour I asked her if she could offer her husband tea or coffee, since it would be a long wait. To which the girl said in surprise that she was seeing this guy for the first time. I confess, I was quite frightened. You never know how many crazy people are walking around. But everything turned out to be easier. The guy is a novice cook, he was going to get a job in an elite restaurant. But here’s the problem — among the requirements for applicants was the presence of a manicure. So he came, although he was terribly shy. Our laughter was probably heard by the whole district! I had to explain to the modest person that the reception is by appointment. She invited him the next day, after convincing him that there was nothing wrong with a man taking care of his nails. 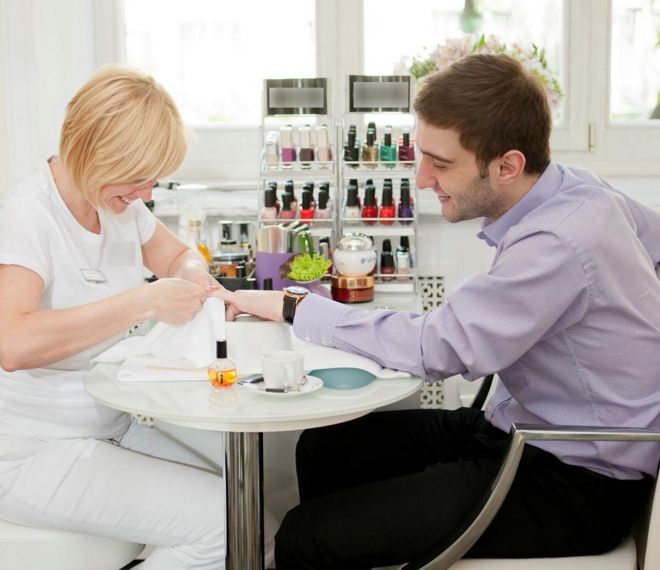 “Somehow a girl came to me for a manicure with gel polish. I did, everything turned out great. I wrote it down immediately for a correction after 3 weeks — the nails grow back during this time, and the manicure looks untidy. A young lady comes on the indicated day — it’s scary to look at her hands! The gel is torn off, the nail plates are in a terrible state, leaving in layers. “God, what happened?” I almost scream. And the girl calmly declares that she herself knocked off the cover so that I would have less time to sit in my chair. 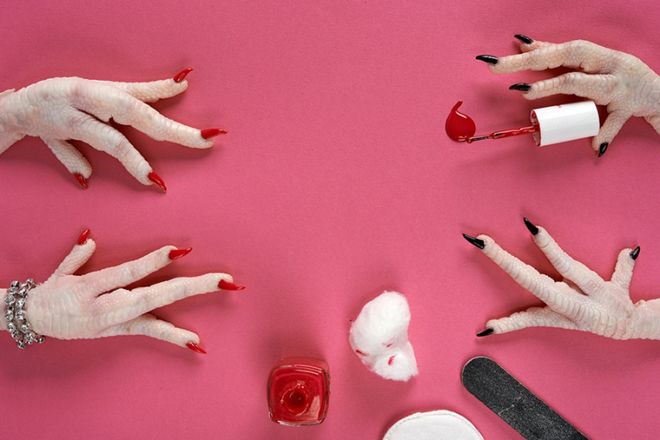 “I caught my eye on a post-warning in one of the city’s Internet groups about a “black” client. Like, the girl is a swindler, gets a favor, pretends to have forgotten her wallet, swears to transfer money to a card account, and then simply disappears. I looked closer — I couldn’t believe my eyes! In the photo, my client, who has come to me for a manicure more than once. I leafed through the magazine — it is also recorded for today. Well, I think, okay, let’s see how it ends. At first, everything went as usual, but after the procedure, she … sang a song about a forgotten wallet. It’s good that I was ready for this, so I said that I don’t use cards, call my friends, let them bring money. After some squabbling, the young lady was forced to agree. I received the payment, but while I was going to get change, a sly lady stole from the office … an extension cord. It’s a pity that I noticed this after she left.” 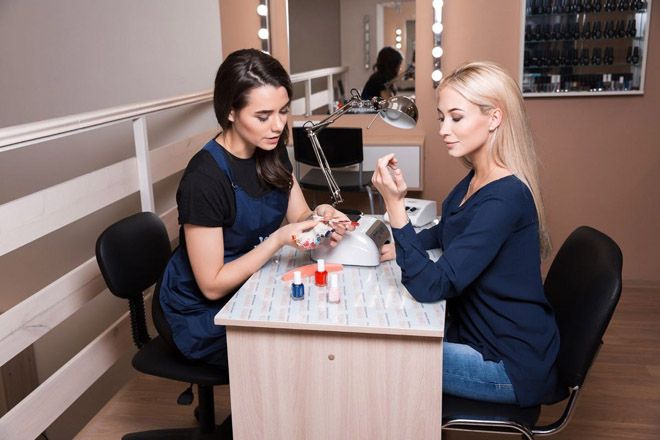 “The biggest problem for a manicurist is to run into a client who does not know what he wants. At the same time, such people firmly believe that a quadrille should dance in front of them and blow off dust particles. As a rule, such behavior is typical for the wives and companions of the oligarchs. A kind of queen, whom everyone should worship and kiss the ground under her feet. There was an unpleasant story in my practice. A girl came for a manicure, we choose the shape of the nails. “I don’t want a square, it’s gone. No one wears almond-shaped ones anymore … Let’s semi-oval! I begin to form my nails, but on the fourth finger it overshadows the young lady — she doesn’t suit her. Asks for a rounded square. I warn you that the length will suffer, to which I hear the order: “Saw!”. I continue to work! Don’t like it again. It requires an almond-shaped form, and after my explanation that the remaining length is not enough, it rolls up a scandal with a call to the administrator. Well, the authorities are adequate, they didn’t fine.” 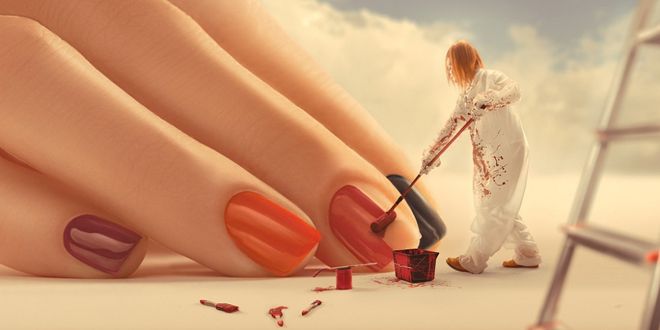